Our operations are made up of an underground block cave mine, a sub-level cave and an ore processing plant which produces copper concentrate for export. 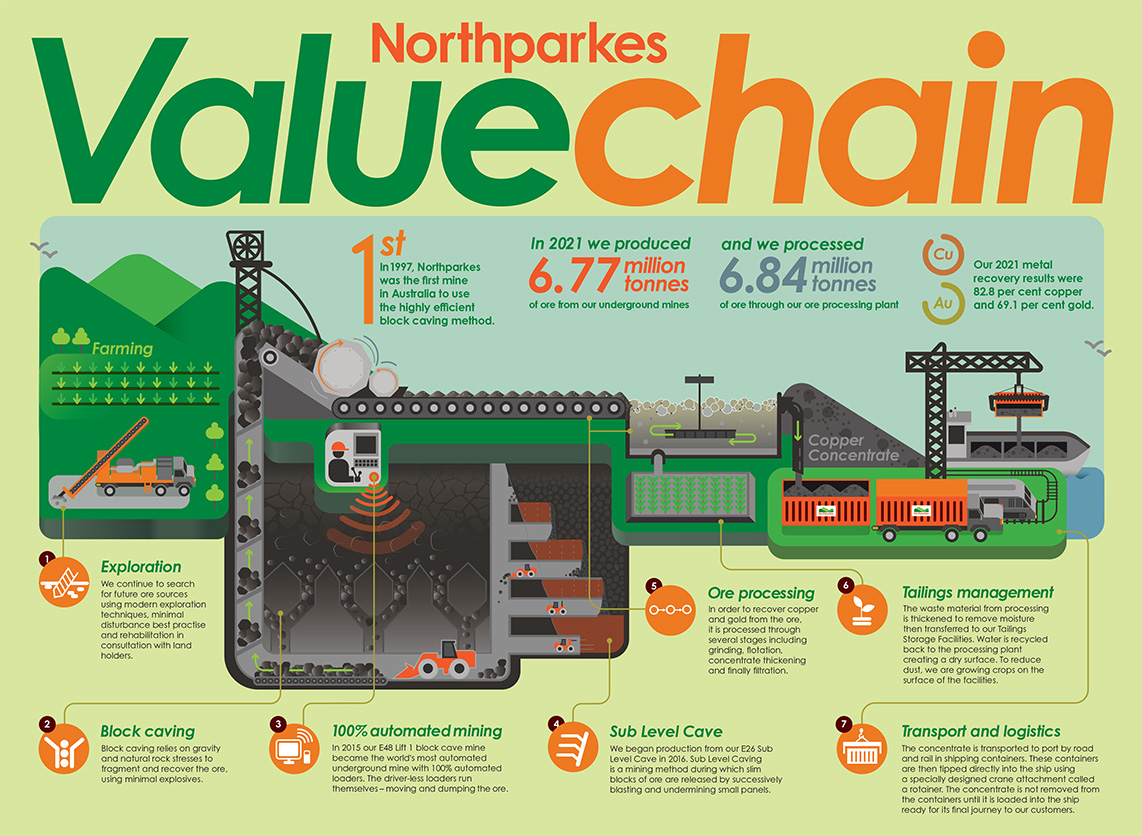 Northparkes is a copper and gold mine located 27 kilometres north-west of Parkes, in the Central West of New South Wales, Australia.

Since 1993 we have been celebrated for our high-quality copper deposits, low cost operations and loyal, committed people.

Our operation is made up of an underground block cave mine, a sub-level cave and an ore processing plant which produces copper concentrate for export.

We will discover the copper and gold deposits to take us even further into the future. We are setting up future generations of Northparkes miners for ‘A century of mining together’. 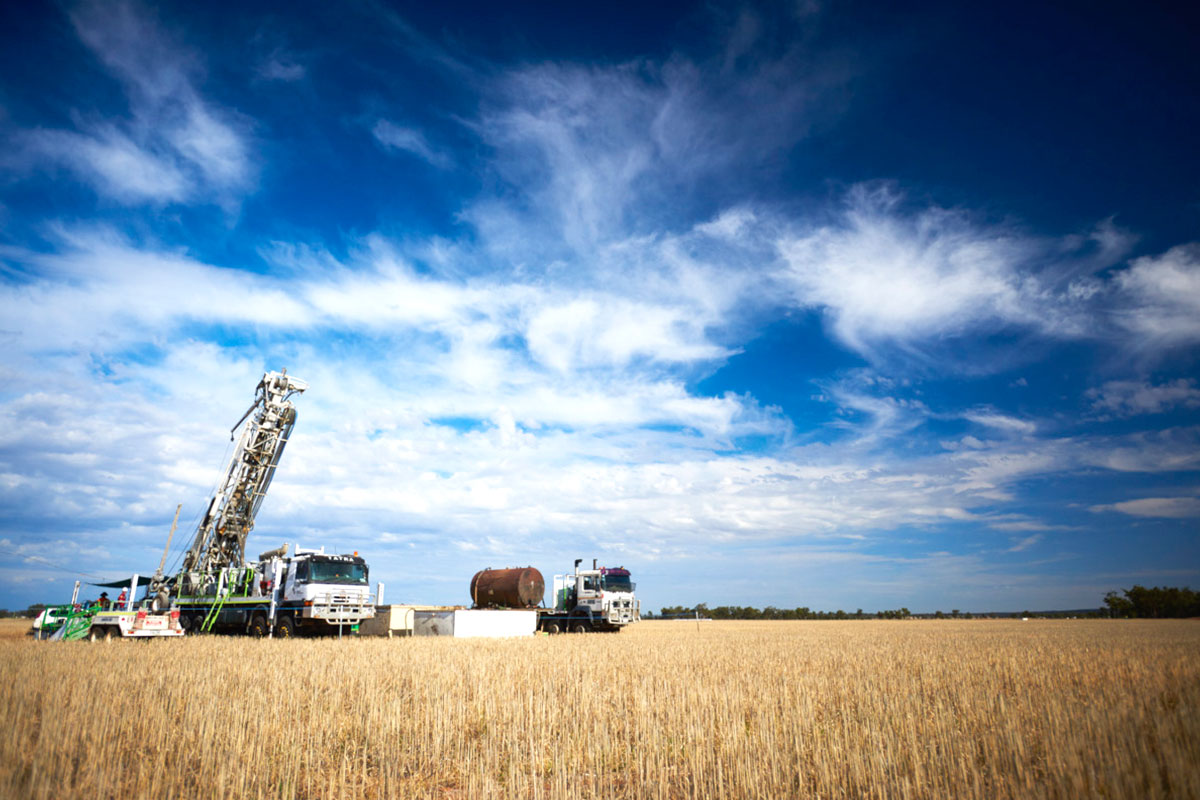 By identifying growth opportunities and securing future resources, we can ensure we are here for ‘A century of mining together’.

Our deposits occur within the Ordovician Goonumbla Volcanics, part of a volcanic belt in the Central Lachlan Orogen of NSW. The ore deposits are typical copper-gold porphyry systems; the highest grades associated with the most intense stockwork veining. Sulphide species in the systems are zoned from bornite-dominant cores, through a chalcopyrite-dominant zone to minor distal pyrite.

The porphyry copper deposits at Northparkes are typically narrow but extend to great depths. The E26 and E48 deposits range from 200 to 400m in diameter (>0.5% copper) and extend vertically for more than 1,000m. 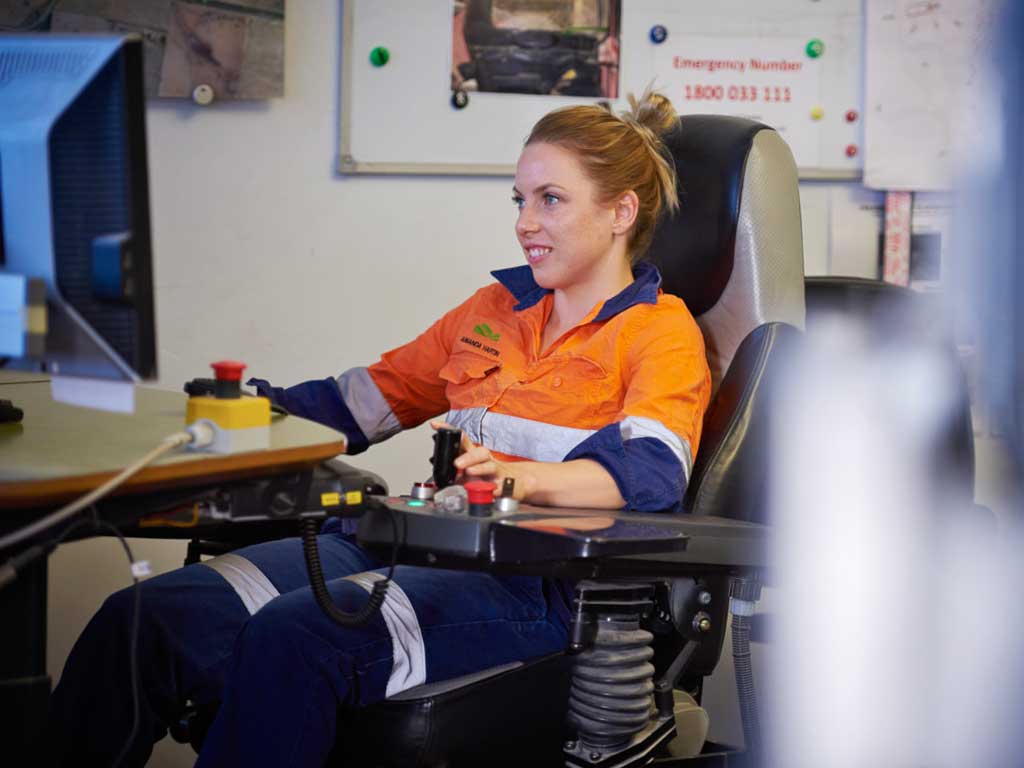 Northparkes was the first mine in Australia to use the highly efficient block cave mining method, now used in several mines throughout the country.

Block caving is a highly efficient mining method which relies on gravity and natural rock stresses to fragment and recover the ore. This method offers a number of advantages over conventional mining methods including;

In 2015, our E48 Lift 1 block cave mine became the world’s most automated underground mine with 100% automated loaders. The driver-less loaders run themselves – moving and dumping the ore.

Since achieving complete automation, we are now also seeing consistently higher production rates. Additionally, automation means we have removed people from loaders underground to an air-conditioned control room where they can operate three loaders simultaneously.

In addition to our block cave mines, we now also operate the E26 Sub-Level Cave. Production began in August 2016 with the aim of mining 2.9 million tonnes of ore with a 1.01 per cent copper grade.

Northparkes first operated open cut mines in 1993 with the ore bodies E22 and E27. The effective open cut operations of the 1990s established Northparkes as a successful copper and gold mine in central west NSW. Recent mining at Northparkes has used the block cave and sub level cave underground mining techniques which suits the majority of ore bodies of our area.

Despite the most recent operations at Northparkes being underground, two new open cuts are planned for 2023 to extract ore closer to the surface. In preparation for these open cuts, in the latter half of 2022 these open cuts will be pre-stripped to provide material for a tailings dam wall lift on Rosedale Tailings Storage Facility. The new ore bodies, known as E31 and E31N, will deliver 5.8 million tonnes of ore with a gold grade of 0.78 grams per tonne, and 0.38 per cent copper.

Blasting will be required on a regular basis. Up to date information regarding the blasting schedule and details relating to this process will be made available here –
E31 and E31N Blasting | Northparkes 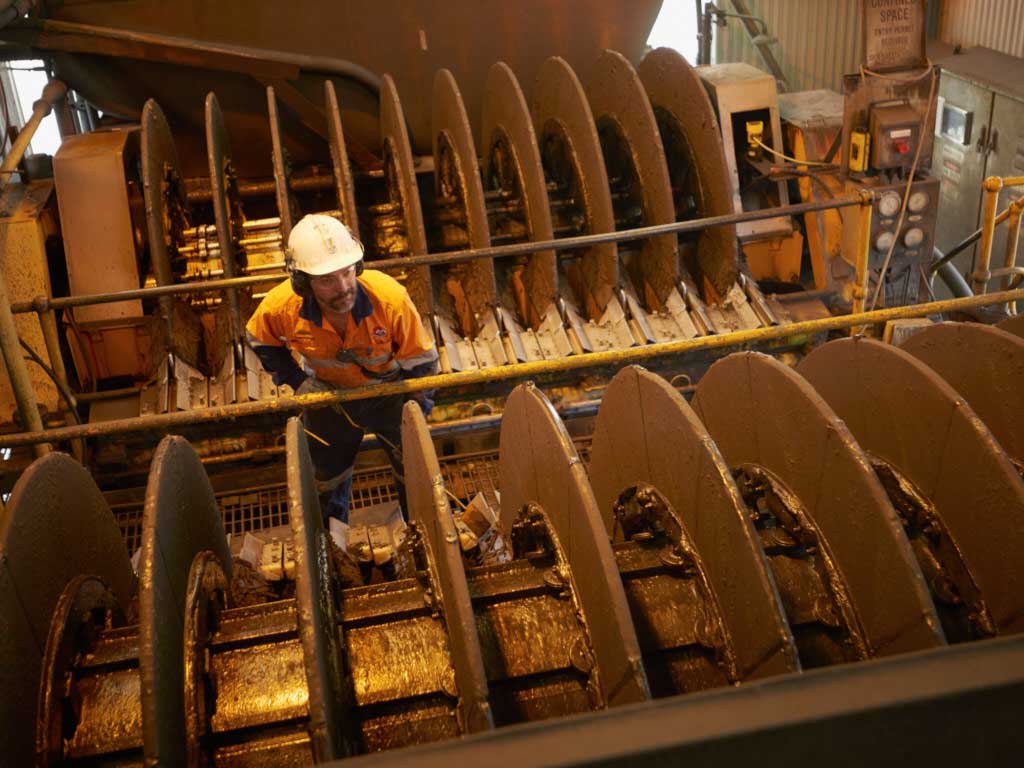 Once the ore is removed from underground it is transported by conveyor to ore processing where we aim to recover as much copper and gold as possible.

Ore processing is a term used to describe the process of taking ore (mineralised rock from the earth) and turning it into a metal. In the case of Northparkes we are processing this ore into copper, gold and silver.

Two stockpiles receive the ore, which is then processed through several stages including grinding, flotation, concentrate thickening and finally filtration.

In early 2015 we became the first mine in Australia to use a Scanning Electron Microscope (SEM) in our onsite laboratory. The SEM provides us with a wealth of information about our ore mineralogy allowing us to optimise the value we extract from the ore at every stage of the mining process. We will continue to use this information to understand past performance, optimise operations and prepare ourselves for the future. 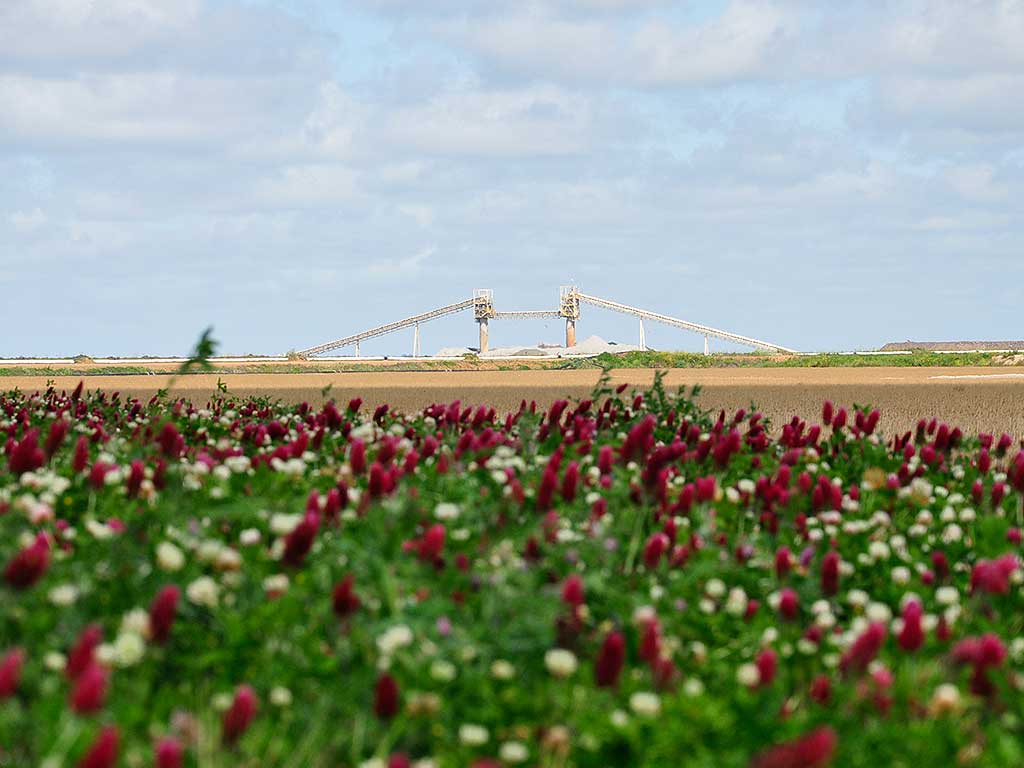 Moisture from waste materials is extracted and recycled in our ore processing plant. Tailings are then transferred to our Tailings Storage Facilities, creating a dry surface. To reduce dust, we are growing crops on the surface of the facilities. This initiative – an industry first – was recognised as a finalist for environmental excellence at the NSW Mining Health, Safety, Environment and Community conference in 2016. 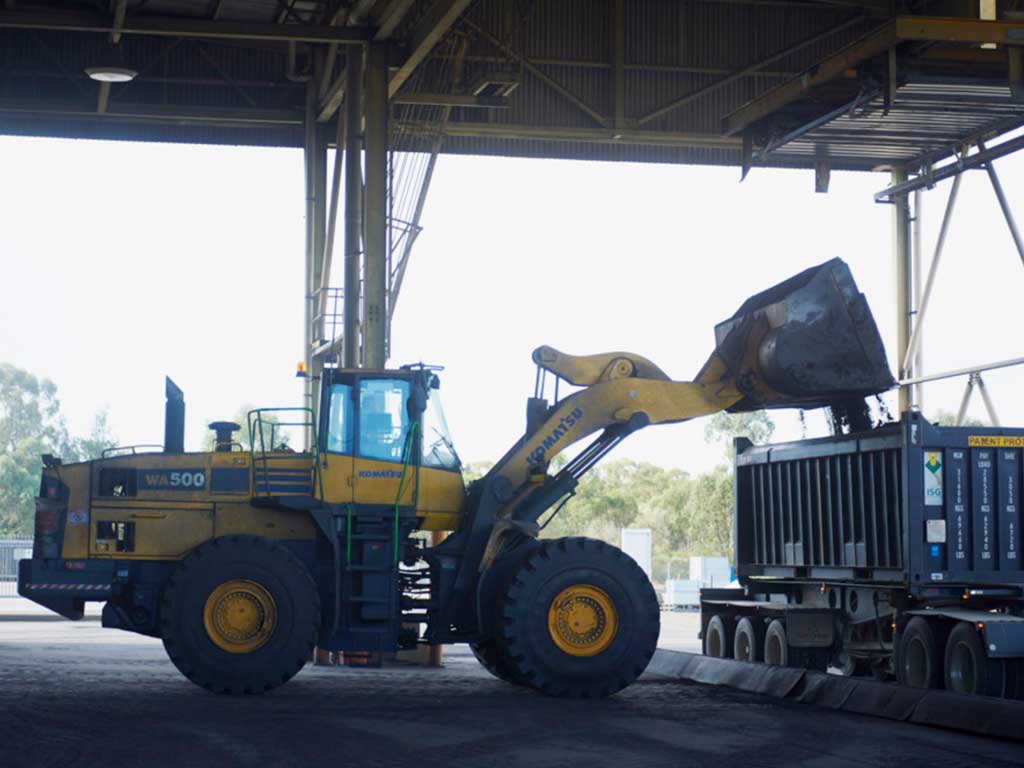 Our ore is processed on site to produce a high-grade copper concentrate which is then transported by road train to the Goonumbla rail siding approximately 13 kilometres from the mine. The containers are then placed onto a train and transported to Port Kembla, south of Wollongong. The concentrate is then shipped to customers primarily in China, Japan and India. 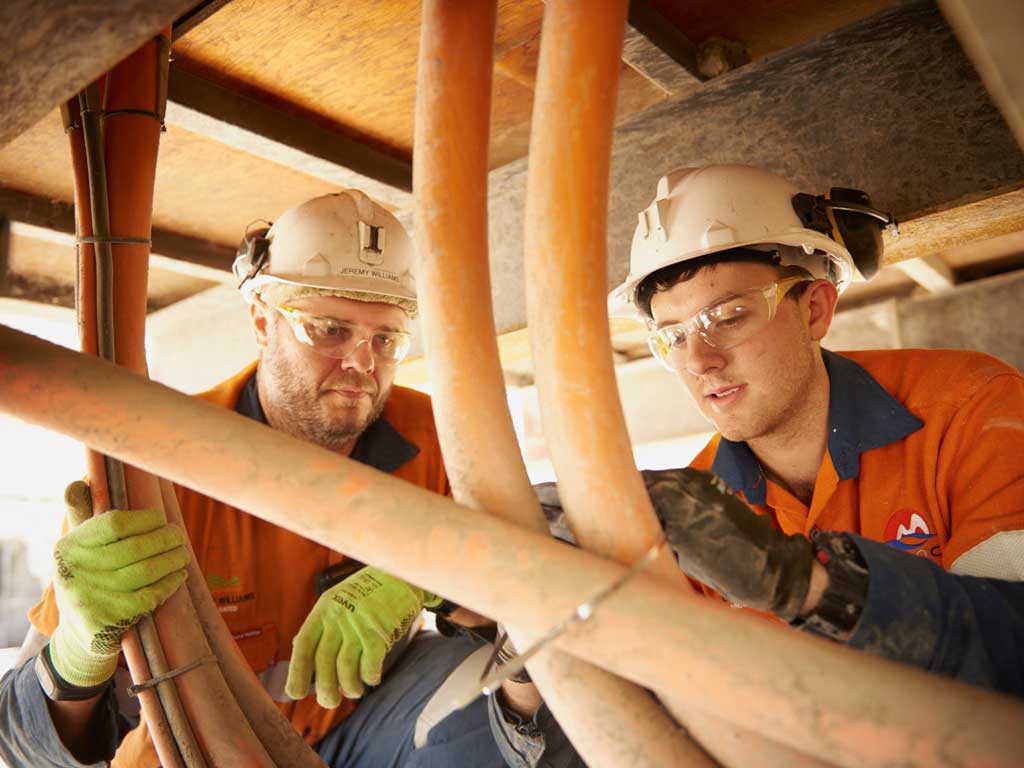 Our Asset Management department is a crucial element of the Northparkes value chain, colloquially known as the screw holding it all together. Asset Management maintains and manages the plant and equipment used to support each step of the mining process. The team monitors, stabilises and repairs mobile and fixed equipment.

In 2015 our workshop was extended and equipped to allow tasks previously been sent offsite – such as light and heavy fabrication machining and mechanical assembly – to be completed onsite. The workshop has already seen extensive use as it delivers tangible productivity and efficiency gains.

The tasks now completed onsite have provided new training opportunities for our tradespeople and apprentices. This exposure to new technologies is helping us build highly skilled teams. 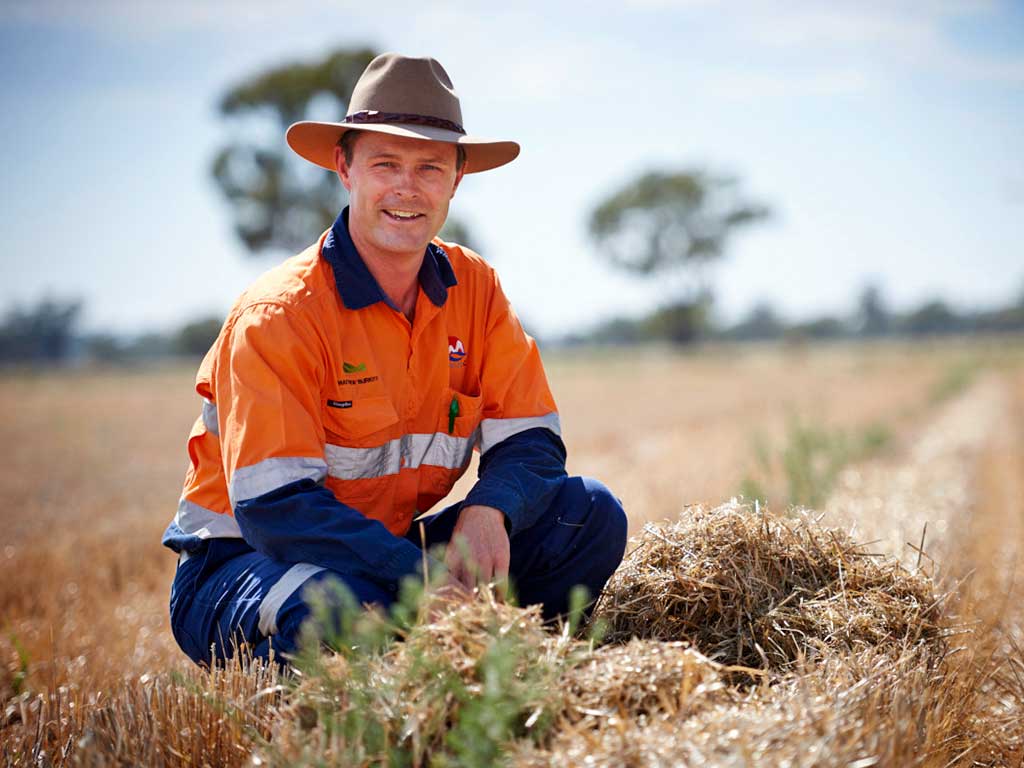 We are proud to be a farmer and a miner. We have extensive cropping operations in the Parkes and Forbes Shires. For over 20 years we have been working on techniques to improve farming which are sustainable and appropriate to both our operations and those of our neighbours.